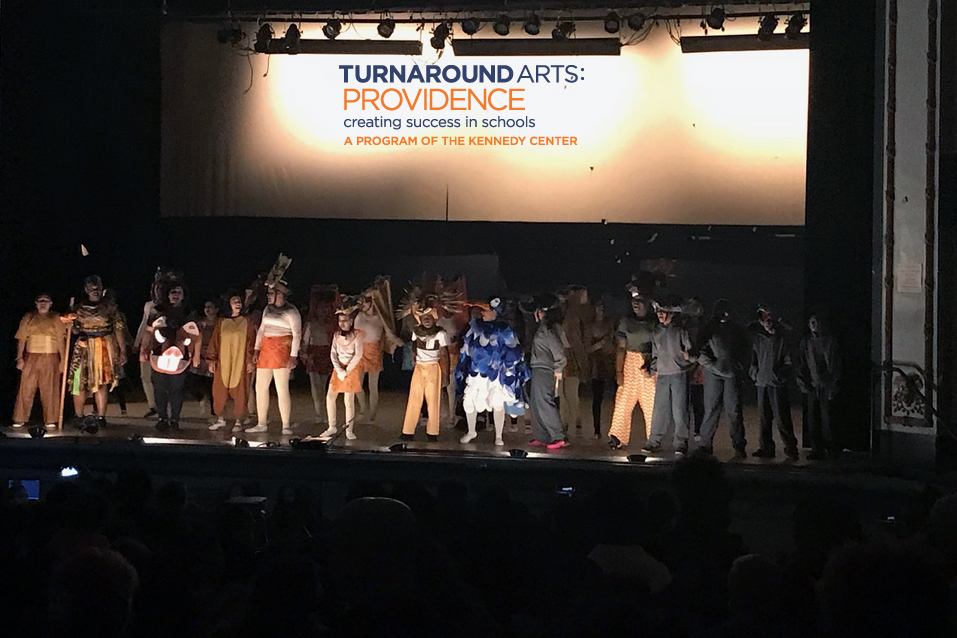 Turnaround Arts: PVD
April 10, 2018October 16, 2018 webmaster@providenceri.gov
How can it already be April when it still feels like winter?! Turnaround Arts Providence isn’t waiting for warm weather to begin celebrating exciting new milestones. Our team is delighted to report that Lion King Jr. at Roger Williams Middle School was a resounding success. Bravo to our partners ¡City Arts!, Boys and Girls Club, City Year, and PASA/AfterZone for their hard work on this production. In other news, we are preparing for our second visit from the trainers at VTS (Visual Thinking Strategies) during Providence Public Schools (PPSD) Spring Break from April 16th -20th. According to the organization’s website, “Visual Thinking Strategies is the result of more than 20 years of collaboration between cognitive psychologist Abigail Housen, veteran museum educator Philip Yenawine, and their colleagues. Housen, a Harvard-trained educator and psychologist, conducted empirical research exploring how viewers — experienced and novice — think when looking at art objects. The culmination of her many years of study, Housen’s Theory of Aesthetic Development, identifies five distinct patterns of thinking that correlate to the amount of exposure subjects have had to art. This research became the core of VTS.”
In addition to implementing more VTS trainings Turnaround Arts Providence will be visiting its colleagues at Turnaround Arts Bridgeport in Connecticut. The team will also be preparing for upcoming productions of Aladdin Jr. at DelSesto Middle School (May 17-18) and Into the Woods Jr. at Gilbert Stuart Middle School (May 31-June 1).