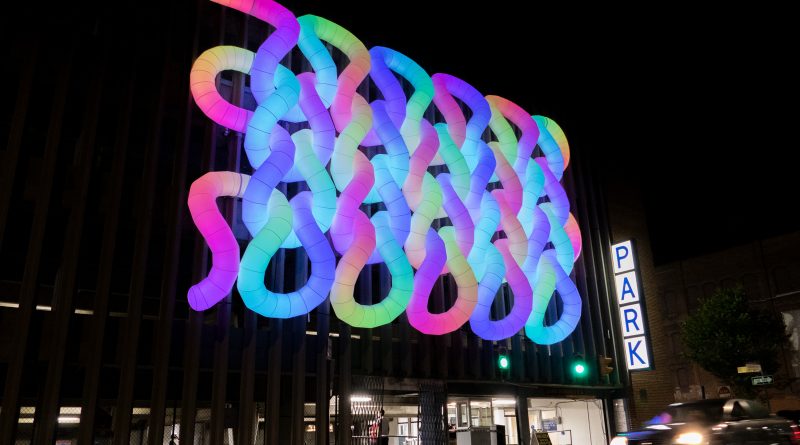 Mission of the Commission:

The Art in City Life Commission, established in 2016 under Mayor Jorge Elorza, was formed to create standardized policies and procedures for public art, monuments, memorials, and markers on publicly held land and set guidelines for private developers (policy unveiled April 26, 2018). The Commission will also award grants to public artists on qualifying City projects.

Art in City Life Commission as of January 2020

Jason Almeida
Jason “WHERE’S NASTY”Almeida is a DJ and creative from Providence, Rhode Island using events and projects in art, fashion, film, and music to bring people together. Getting his start at 16 years old throwing teen parties in local nightclubs, he went on to attend the University of Rhode Island where he would begin DJing, produce events such as the Multicultural Award-winning URI October Fest Weekend, and host a weekly radio show for over 4 years. In late 2012, WHERE’S NASTY co-founded stay silent PVD, an agency that focuses on producing events, editorials, design, and marketing. stay silent PVD has produced events including the summer festival series Day Trill, and monthly events; Bounce House, Eggs Over, and Luv U Better.  He also co-founded Trade Pop-Up, a non-profit organization providing artists and small businesses with free retail and gallery space along with resources to help continue to build their brands.

Aleida Benitez
Aleida Benitez has worked to tap into the creative potential of young people in many capacities for the past 25 years. She served as the founding youth director of the “children’s circle” at the Jane Addams School for Democracy, an intergenerational learning center with immigrants on the West Side of St. Paul, MN. Aleida was then program director at Providence CityArts for Youth, where she is now a board member, which gives young artists an empowering space to build community. Currently Aleida teaches Spanish at The Gordon School in East Providence, where she also directs the Heritage Program for Latinx youth. Aleida has a MA in art education from Miami University in Ohio, and studied Spanish and youth studies at the University of Minnesota as an undergraduate. She continues to draw energy from the enthusiasm and creativity of young people.

Kate Blacklock
Kate Blacklock is a Providence based artist who received her undergraduate degree from University of California at Santa Cruz and her MFA from The Rhode Island School of Design (RISD). She has taught at the School of the Art Institute of Chicago, Rhode Island College and for nine years co-chaired the Ceramics Department at Louisiana State University in Baton Rouge, where she was Associate Professor. She has been teaching in the Industrial Design Department at RISD since 2002. Blacklock’s studio work has moved from sculptural and functional ceramics to 3D printing, photography and painting.  She has had solo exhibitions around the country including, New Orleans, New York City, Philadelphia, Providence and Ann Arbor. Her photographic imagery has been used in many large scale commercial projects including hotels in Florida, New York City, San Diego and recently in the country of Bahrain. In 1996 she was an artist-in-residence at the Manufacture National de Sèvres, outside of Paris.  Her works are in many private and public collections.

Jonathan Bonner
Jonathan Bonner has had over 40 solo shows and is represented in many public and private collections throughout the United States. The work includes sculpture, video, installation and works on paper. Bonner has also completed many large scale site-specific commissions including projects at the Colorado Convention Center in Denver and Nashua Street Park in Boston. He also built the Rhode Island Holocaust Memorial in down town Providence.

Lois Harada
Lois Harada is a printmaker bridging fine art and commercial printing in Providence, Rhode Island. Her work utilizes letterpress production techniques and equipment to create printed editions that are meant to be affordable and accessible to a wide audience. Print editions are often responses to mass produced print material created by governments, corporations or newspapers. Originally from Salt Lake City, Lois settled in Providence after graduating from the Rhode Island School of Design with a Bachelor of Fine Arts, Printmaking in 2010. She is in charge of Invitations and Personal Stationery at DWRI Letterpress. She also serves as Board Chair of New Urban Arts, a nationally recognized non-profit that offers free after school art programming for high school students and young artists.

Joe Haskett, Secretary
Joe has over 16 years of architectural experience which includes the adaptive re-use of historic buildings, market-rate and affordable multi-family housing, prefabricated building design, commercial buildings and private residences. Prior to joining Union Studio in 2012, Joe was the founding principal of distill studio, a Providence-based architectural firm with a focus on sustainable building science and integrated design process. He has received international recognition for the architectural design of Providence’s award-winning Box Office, a commercial office building constructed from recycled shipping containers. Joe is an adjunct faculty member in the Department of Interior Architecture at the Rhode Island School of Design, a board member of the Northeast Sustainable Energy Association (NESEA), and an active member of the US Green Building Council (USGBC) and the National Passive House Alliance (PHAUS). He is a registered architect in Rhode Island and a LEED Accredited Professional. Joe is also the first Certified Passive House Consultant registered in the State of Rhode Island. Joe received his Master of Architecture from the Rhode Island School of Design and his Bachelor of Science in Architecture at Ohio State University.

Xander Marrow, Chair
Xander Marro (American b. 1975) has been living the good life in the feminist sub-underground for too many years to count on her long bony fingers.  She draws pictures (usually narrative), makes movies (usually not narrative), produces plays with elaborate sets and costumes (usually narrative, but confusing), and then makes stuff like quilts and dioramas (probably narrative?). Her work is often about spiritual relationships to the material stuff of this world. Co-founder of the Dirt Palace in 2000, a feminist cupcake encrusted netherworld located along the dioxin filled banks of the Woonasquatucket river, which is to say in Providence, RI.  Her studio (and heart) is there still.

Dominic Molon
Dominic Molon joined the RISD Museum (Museum of Art, Rhode Island School of Design), Providence, Rhode Island) as its Richard Brown Baker Curator of Contemporary Art in September 2013.  He previously served as the Chief Curator at the Contemporary Art Museum (CAM) St. Louis (2010-2013) and as Curator at the Museum of Contemporary Art (MCA) Chicago (1994-2010).  Molon has organized exhibitions of such prominent living artists as Martin Boyce, Liam Gillick, Sharon Lockhart, Steve McQueen, Jack Pierson, Pipilotti Rist, Wolfgang Tillmans, and Gillian Wearing—often presenting their work for the first time in America or in a solo capacity at an American museum.  He has also curated numerous thematic exhibitions including “Production Site: The Artist’s Studio Inside-Out” (2010), and “Sympathy for the Devil: Art and Rock and Roll Since 1967” (2007) (both MCA.)  He has also been published and made numerous public presentations internationally.

Aiyah Josiah-Faeduwor
Aiyah Josiah-Faeduwor is an art aficionado, a hip hop head, a connoisseur of culture and a student of style. He hails from Boston, Massachusetts and visited upon the illustrious city of Providence for college. He instantly fell deeply in love with the colonial architecture and quaint aura of college hill and the surrounding areas. Subsequently after graduating from Brown, Aiyah couldn’t fathom departing from the Creative Capital and thus committed to staying in Providence and supporting the city in reaching its great potential as it pertains to its art, culture and socioeconomic development. Aiyah is a proud Millennial and brings to the committee a wide perspective based on his personal journey and experiences as well as his connection to the Providence community through his work within it and commitment to serving the people, especially our youth.

Howard  Ben Tré
Howard Ben Tré is internationally recognized for his unique sculptures and large-scale works of art for public and private spaces. Ben Tré is a pioneer in the use of cast glass as a sculptural medium and his work is included in more than 101 museum and public collections worldwide, among them the Metropolitan Museum of Art; the Museum of Fine Arts, Boston; the Philadelphia Museum of Art; the Albright-Knox Art Gallery, Buffalo, NY; the Hirshhorn Museum and Sculpture Garden; the Renwick Gallery of the Smithsonian Institution; the Los Angeles County Museum of Art; the Museum of Fine Art, Houston; the National Museum of Modern Art, Kyoto; and the Museum of Modern and Contemporary Art, Nice.  Howard Ben Tré was born in Brooklyn, New York, in 1949. He received a B.S.A. from Portland State University in 1978 and a M.F.A from the Rhode Island School of Design in 1980. He is a three-time recipient of the National Endowment for the Arts Fellowship and a three-time recipient of the Rhode Island State Council on the Arts Fellowship. His achievements in the visual arts were recognized by the First Annual Pell Awards for Excellence in the Arts (1996), the Artist Award of Distinction by the National Council of Art Administrators (2005), and the Aileen Osborn Webb Award (2006). His public art has been recognized with awards by the Providence Preservation Society for Urban Design (1998), the British Council for Shopping Centres for Town Centre Environment (2002), and the Royal Town Planning Institute for Best Urban Design Project (2002). Ben Tré currently lives in Providence, Rhode Island.

Jessica Brown
Jessica Brown holds an MID from the RHODE ISLAND SCHOOL OF DESIGN where she specialized in sustainable design. An all-around Renaissance woman, Jessica is a designer, painter, furniture maker and finish carpenter, whose talents include the ability work with a multitude of materials, including wood, metal, plastics, textiles, and clay. She has additionally taken on small commercial projects and her own work has been showcased by HGTV’s Vern Yip, published in Crit Magazine and featured in a permanent collection in Milwaukee Art Museum. She is also extremely personable, witty, quick spoken and decidedly local- the ideal person to show you low-cost ways to improve the space around your by using things you already have at home. In her nonexistent free time, Jessica plays trumpet in a guerrilla style street marching band and watches re-runs of Designing Women…constantly.

Eric Telfort
Eric Telfort was born to Haitian immigrants in Little Haiti, Miami, FL. He followed a long and tumultuous path before earning his BFA in illustration from RISD and his MFA in drawing, painting and sculpture from the New York Academy of Art. Telfort has lectured throughout the northeastern US and internationally – in Zimbabwe, where he was a 2010 VIA Artist in Residence – and creates work exploring the concept of creativity in poverty. He currently lives in Rhode Island, where he teaches drawing and digital illustration at RISD.

Meeting agendas are published one week in advance of the meeting and are available for public review at: http://www.sos.ri.gov and at http://www.providenceri.gov. If you do not have internet access, please call the Department of Art, Culture + Tourism at 401-680-5770 to request a paper copy of the agenda.

In spring 2017 the Art In City Life Commission (ACL) along with the Department of Art Culture + Tourism (ACT) consultant firm Via Partnership LLP to lead our public art master planning process. Together we worked with a stakeholder advisory committee, an internal working group and others to develop the City’s first master plan for public art. We also produced the Imagine Art Here! workshop and supported in collecting over 500 respondents to our online survey. After a year of planning, the Art in City Life Plan was unveiled on April 26 2018 and approved by the ACL on May 11 2018. Outlined in the plan is ACT Public Art,  an emerging ACT program that catalyzes calls for art across four trajectories: Landmark Public Artworks, Public Art Residencies, Civic Infrastructure Projects, and Temporary Projects.

For information on the Public Art Master Plan: