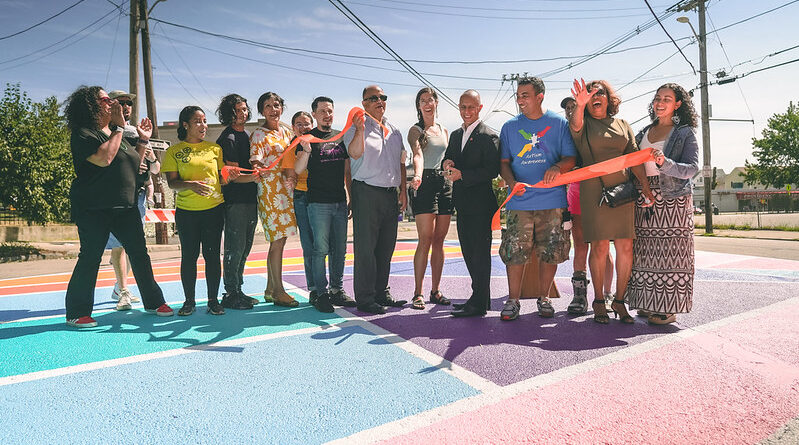 “There are few better ways to bring people together than through public art,” said Mayor Jorge O. Elorza. “With this beautiful newly installed ground mural by local artist Rene Gómez, our recently completed Broad Street infrastructure improvements, and the Roger Williams Park Gateway set to open this fall, South Providence is receiving the support and attention it deserves as one of our City’s most vibrant and culturally rich communities.”

The unveiling comes less than a year after the City received a $25,000 grant courtesy of Bloomberg Philanthropies’ Asphalt Art Initiative. Providence was one of 26 cities to receive this grant for projects that use art and design to improve street safety, revitalize public spaces, and engage residents of their communities. Bloomberg Philanthropies invited all U.S. cities to apply for the Asphalt Art Initiative in March of 2021.

“I am proud to see this beautiful new ground mural unveiled in our community today,” stated Council President Pro Tempore Pedro Espinal (Ward 10). “The work Rene Gómez has done is a shining example of what can happen when we uplift local artists to create culturally relevant artwork for the communities that they are a part of. I thank Gomez for this wonderful piece of public art, which has added to our continued efforts to elevate and improve the cultural hub that is South Providence.”

Following a two-tier public call for design submissions, local artist Rene Gómez was chosen to create the ground mural by the City’s Art in City Life Commission (ACL) and an arts selection panel. A Dominican-born, multi-disciplinary pop artist, Rene Gómez moved to Providence with his family at age four. In 2015, Gómez made his first of many contributions to the Dominican Parade with his Tribute to Las Hermanas Mirabal, designing 30 original folkloric butterfly costumes for young girls representing the Hispanic United Development Organization. That year, he also completed his first solo mural project inside South Providence’s La Broa’ Pizza. Other public works include a contribution to curator Shey Rivera’s “Mi Gente Siempre Responde” banner project; electrical box murals commissioned by The Avenue Concept, Rhode Island Latino Arts, and the City of Providence; and an interior mural at El Ninja Express Boba Tea Restaurant on Broad Street.

“Rene Gómez grew up in South Providence, and still lives there. He has experienced the transformation of Broad Street in many ways,” said Marta V. Martinez, Executive Director of Rhode Island Latino Arts (RILA). “I’m pleased that RILA can contribute in this way, and we expect to bring more art through bilingual performances, storytelling, and more.”

“There is a vast excess of pavement throughout our City that contributes to higher speed traffic, urban heat islands, and flooding issues,” said Liza Burkin, Organizer at the Providence Streets Coalition. “Any time we can reclaim some asphalt for public art, green infrastructure, or friendly pedestrian space, it’s a huge win for our neighborhoods and our environment. I am so excited to see how this place will bloom and change now that Southside artist Rene Gómez has covered it with culture and care. I hope to see more dangerous intersections converted to people-centered plazas throughout the City of Providence.”

This public art installation was born out of true community collaboration through partnerships between the City of Providence and Rhode Island Latino Arts, Providence Streets Coalition, and Partnership for Providence Parks.

“The mission of the Partnership for Providence Parks, Recreations Centers, and Streetscapes (P3) is to empower the people of to engage with their public spaces, leverage partnerships, and co-create initiatives that enhance these spaces and improve collective well-being,” said Helene Miller, Executive Director of Partnership for Providence Parks. “For this exciting Bloomberg Asphalt Art Initiative, we are honored to act as fiscal agent, ensuring local artists and contractors have what they need to realize this critical, transformative project.” 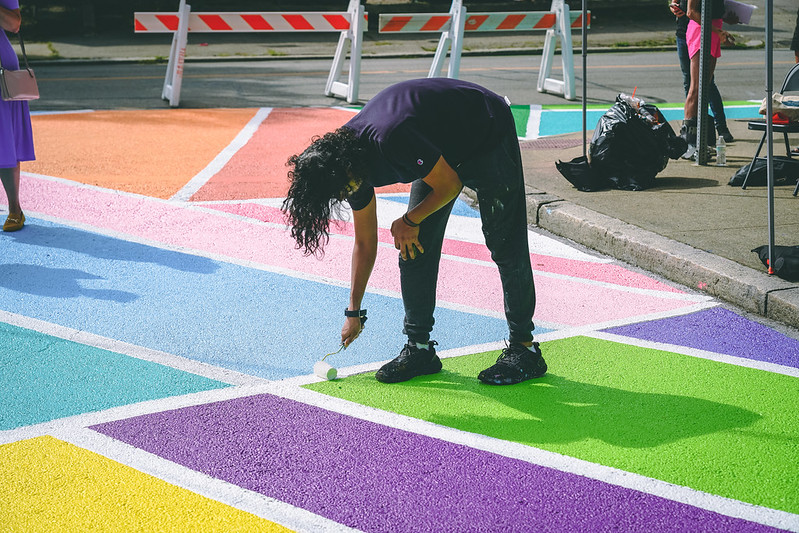 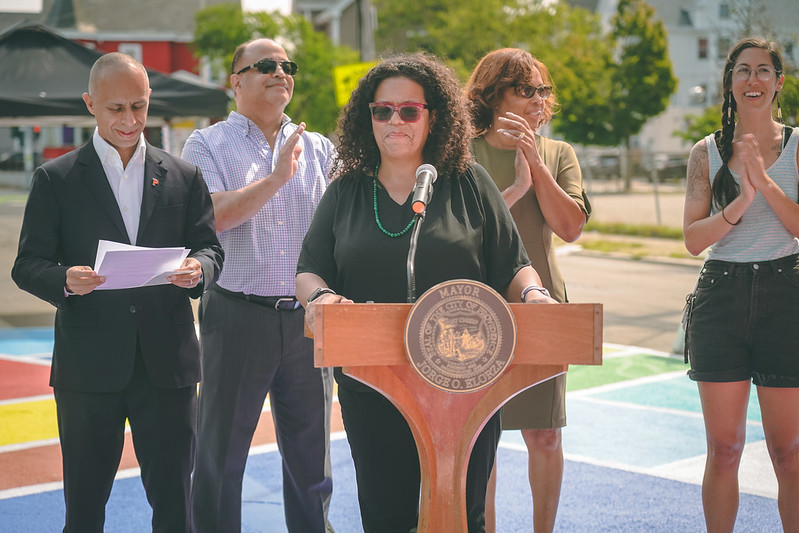 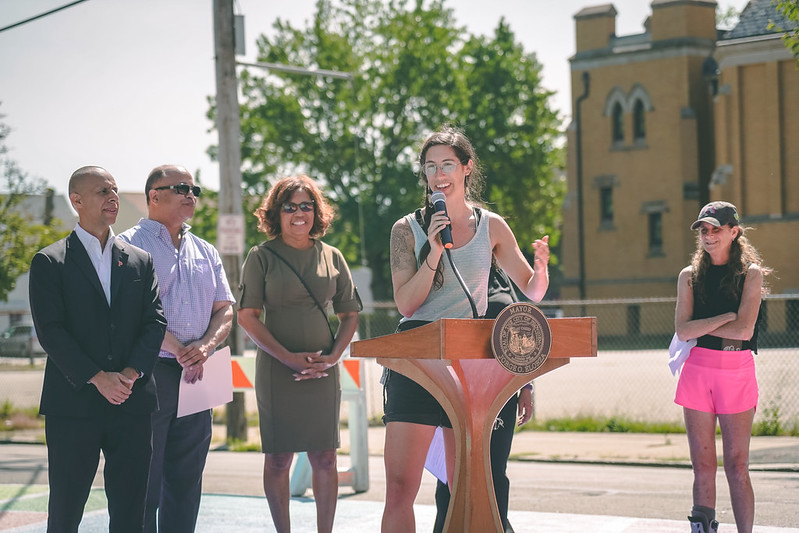 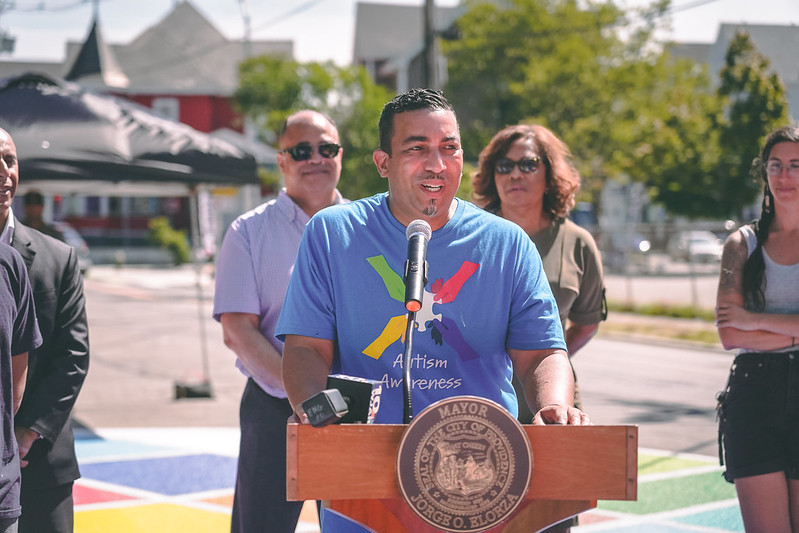 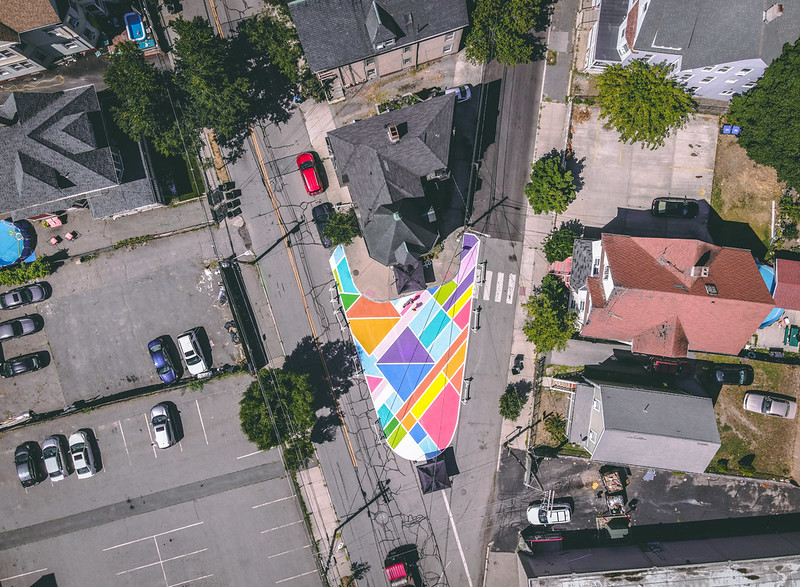 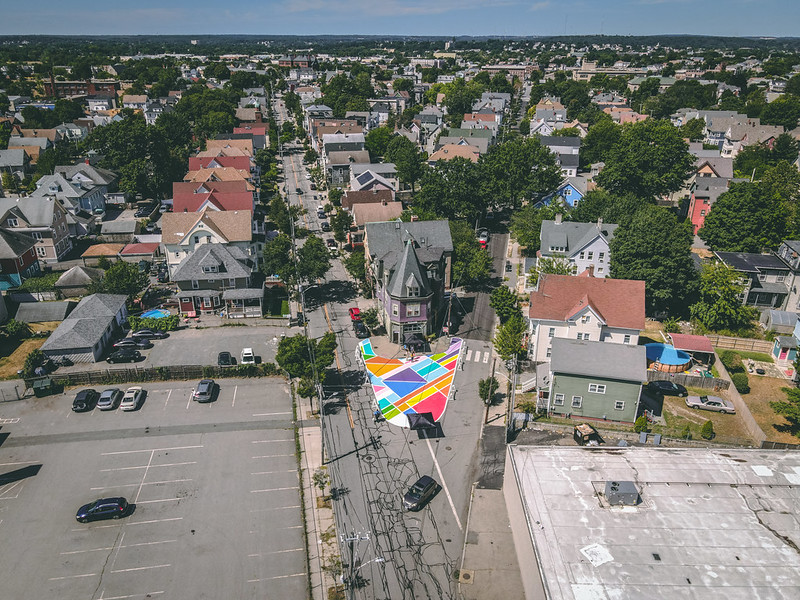 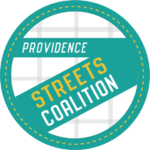