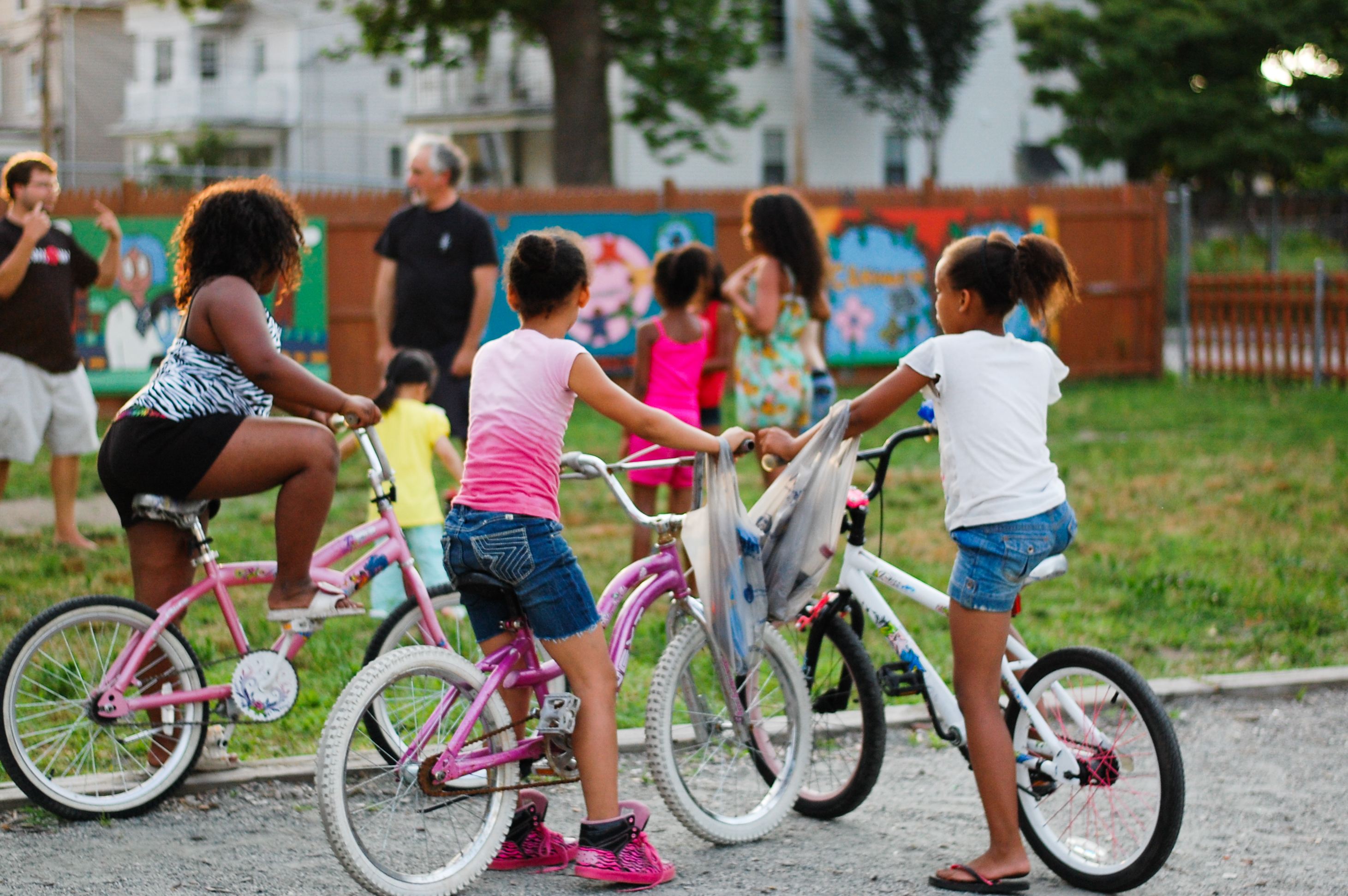 In Providence, you’re never more than a few blocks away from a park. There are sprawling lawns and compact new playgrounds, parks in empty lots and in large sheltered areas. Parks are places for play and fresh air, but since 2004, the City of Providence’s Celebrate Providence!  Neighborhood Performing Arts Initiative (NPAI) has shaped PVD’s green spaces into much, much more. By facilitating locally led performances in every corner of the city, the NPAI produces a jam-packed schedule of free summer fun for Providence residents – and fosters community building that has impact all year long.
[stag_divider style=”dashed”]

Providence has a history with public performing arts. One that stretches back more than 100 years, in fact, to the foundation of a trust by long-ago resident Edward Ely. In forming the fund, Ely meant to keep performing arts accessible in Providence’s parks for years to come. Today, that trust funding, in combination with a long lineup of mayors and council people invested in the transformative potential of arts in neighborhoods, continues to support Neighborhood Performing Arts Initiative  events.

But performing arts in Providence haven’t always gathered the big, bustling crowds of local spectators who show up to NPAI events today. For many years, city officials simply chose performers and set them up to play in public places. The results were fun, but audiences weren’t huge, and people who lived near performance spaces didn’t seem engaged with the programming.

The City of Providence’s Department of Art, Culture + Tourism was born in 2003, quickly leading to the foundation of the NPAI. It was a new era for arts in Providence, and in terms of public performance, the NPAI represented a fresh approach. Neighborhood groups would choose their own summer programming, curating a lineup of artists that would appeal to – and bring together – specific communities.

“There’s a long legacy of performances in Providence parks. It’s kind of part of our DNA in this city.”

After a successful decade of performances across town, the Neighborhood Performing Arts Initiative production process is pretty streamlined. Here’s how it works:

Planning: While the Department of Art, Culture + Tourism works with grant recipients to connect them with artists, community groups are responsible for the bulk of the event organization and planning in their neighborhoods to make sure the performances are in tune with local culture.

“The Celebrate Providence Neighborhood Performing Arts Initiative fills me with hope. It is inspiring to see grass roots organizing at its best. The community organizers who are booking, marketing, and presenting in their free time are focusing on the most positive aspects of community, unity, and expression.”

And what are the results?

Number-wise, it’s upwards of $500,000 of funding that’s been allocated to performance in 23 parks and counting over the past 10 years, serving more than 10,000 community members each summer.

But it also means that neighborhood groups – who pull community members together to make local areas safer and more successful, block by block – can create the attention they need to grow and expand.

Every park has it’s own neighborhood performing arts initiative story.

But what stays consistent between concertgoers and organizers, at dance events and at block parties, is a sense of bringing people together, purposefully and powerfully.

“It’s not just about butts in the seats on this, it’s about the transformation of the parks themselves and the community building spurred from that.”