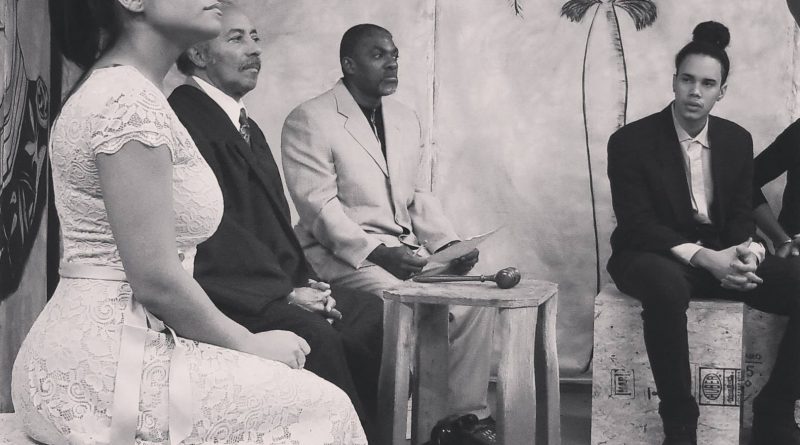 ACT is delighted to be supporting Teatro ECAS‘ reprise production of “El Rumor De La Sangre” with English supertitles between February 21 and March 3, 2019. According to ECAS, “Many families in the Southside of Providence are multi-lingual, with younger generations more fluent in English than their Spanish native parents. Simulcast English will allow the whole family to come and enjoy the plays together!”

​BACK, BY POPULAR DEMAND!

​The play centers around the mortal conflict within one man, Lieutenant Amado García Guerrero, who served under the dictator Rafael Leónidas Trujillo Molina. García finds himself in a power struggle for his soul, as he discovers the cruelty and abuses of the Trujillo regime conflicting with his own allegiances to his lover, his family and to human decency.

In Spanish, with English Translation Supertitles

ACT is also thrilled to be supporting artistic personnel costs for 9 Roads, a new dance theatre work by Denizen Arts that explores the themes of ancestral memory, mourning, and familial responsibility. It focuses on the passing of a family’s matriarch and the homecoming of all her nine children for the ceremony of her home-going. 9 Roads will feature an original recorded and live, acapella sound score, digital video projection and set design.

9Roads and other dances

“Signs of living in spite of and in the midst of fierce uncertainty”
Original creation: 2006
Restaged: 2019
Performed by Rhode Island College Dance Company
Music: Torgue/Houppin

Year of the City Launches!

Year of the City: The Providence Project, an unprecedented year-long exploration of the history, life and culture of Providence’s twenty-five neighborhoods through exhibitions, performances, walks, lectures, and conferences produced by more than 50 different curators.  Some Year of the City exhibitions will be up for the entire year; other events are fleeting.  Some programs have been initiated by the city’s largest cultural and historical institutions; others have been created by individuals working with shoestring budgets in unexpected spaces throughout Providence.  Together, these projects reveal new stories and new ways of thinking about this city.

This project grew out of conversations that we had with each other way back in 2017 about projects that each of us were working on that centered on transformations in the physical fabric of Providence in the 20th century. Inspired by Pacific Standard Time – a collaboration in Los Angeles first launched in 2012 that brought over 60 of the city’s arts and cultural organizations together to produce programs around a common theme – we dove in and hosted several open-ended meetings in 2018 to see whether others were interested in pursuing some of these questions as well in the course of a year.  These programs are the result.

For more, check out the Year of the City website. 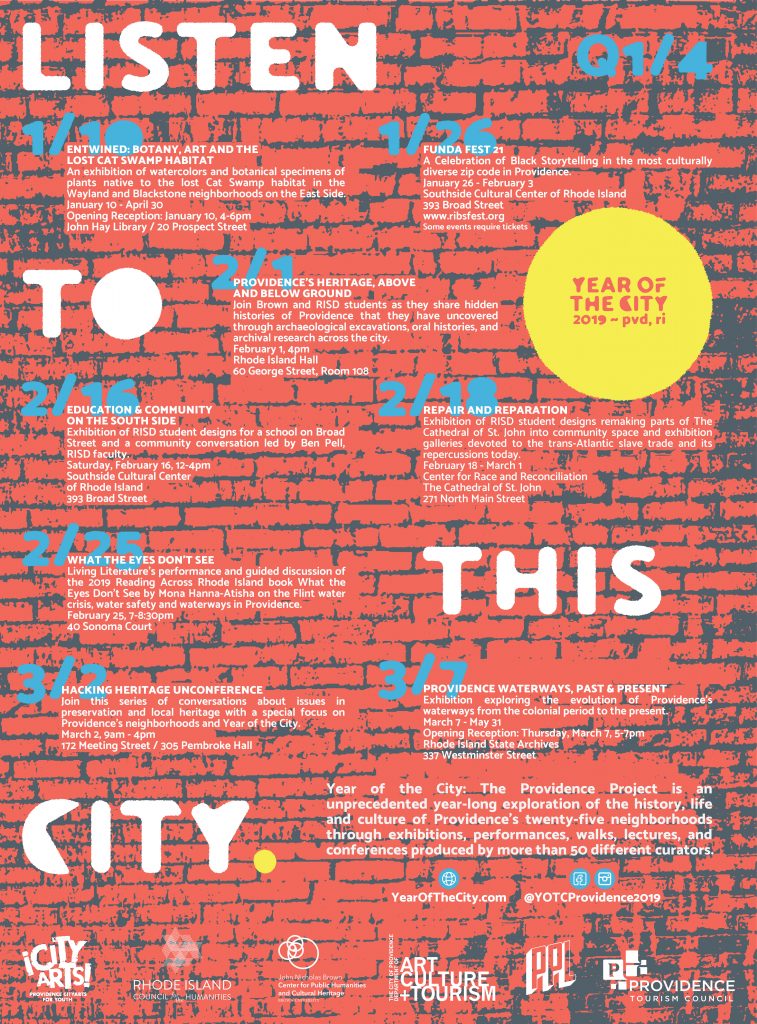