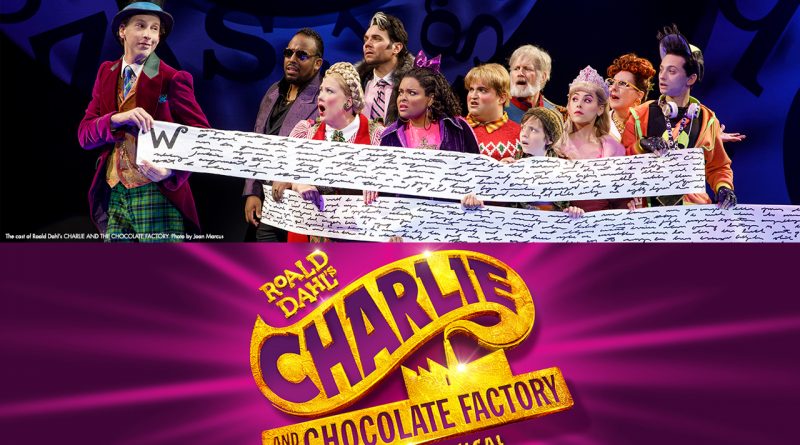 On Thursday, February 7, 2019 a performing arts masterclass at DelSesto Middle School, given by cast members from the national tour of Roald Dahl’s Charlie and the Chocolate Factory, took place. This master class was supported by the Providence Performing Arts Center’s From Books to Broadway Program, in collaboration with Turnaround Arts Providence. 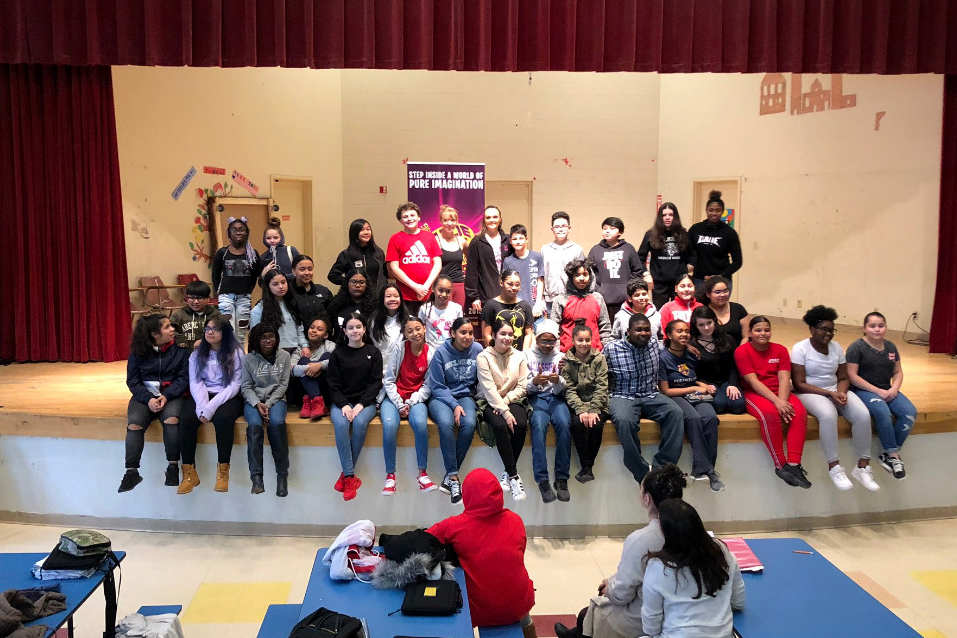 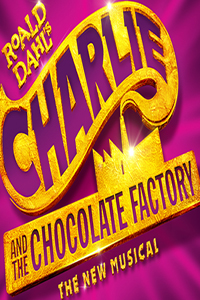 ROALD DAHL’S CHARLIE AND THE CHOCOLATE FACTORY
Roald Dahl’s amazing tale is now Providence’s golden ticket! It’s the perfect recipe for a delectable treat: songs from the original film, including “Pure Imagination,” “The Candy Man,” and “I’ve Got a Golden Ticket,” alongside a toe-tapping and ear-tickling new score from the songwriters of Hairspray.

Willy Wonka is opening his marvelous and mysterious chocolate factory…to a lucky few. That includes Charlie Bucket, whose bland life is about to burst with color and confection beyond his wildest dreams. He and four other golden ticket winners will embark on a mesmerizing joyride through a world of pure imagination. Now’s your chance to experience the wonders of Wonka like never before! 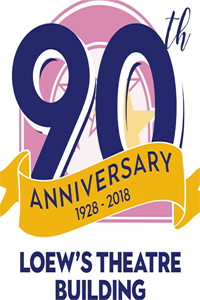 ABOUT FROM BOOKS TO BROADWAY
From Books to Broadway is an educational outreach initiative of the Providence Performing Arts Center that is designed to engage students with Broadway shows. Students attend a Broadway show with tickets underwritten by The Robert F. Stoico / FIRSTFED Foundation. They then experience a “meet and greet” or masterclass with cast members at the theatre or at their school. Through the program, students have been able to attend shows like Something Rotten!, Fun Home, Million Dollar Quartet, Next to Normal, The Sound of Music, and more in past Broadway Seasons.

ABOUT TURNAROUND ARTS
Turnaround Arts is a national program of the John F. Kennedy Center for the Performing Arts that infuses schools with arts-based learning as a tool for increasing academic achievement, attendance and community involvement. Of the 81 Turnaround Arts-partnered schools in the nation, three are in Providence: DelSesto, Roger Williams and Gilbert Stuart Middle Schools. Supported by the City of Providence Department of Art, Culture + Tourism, Turnaround Arts Providence is aligned with Mayor Jorge Elorza’s vision of supporting arts programming throughout the Creative Capital.