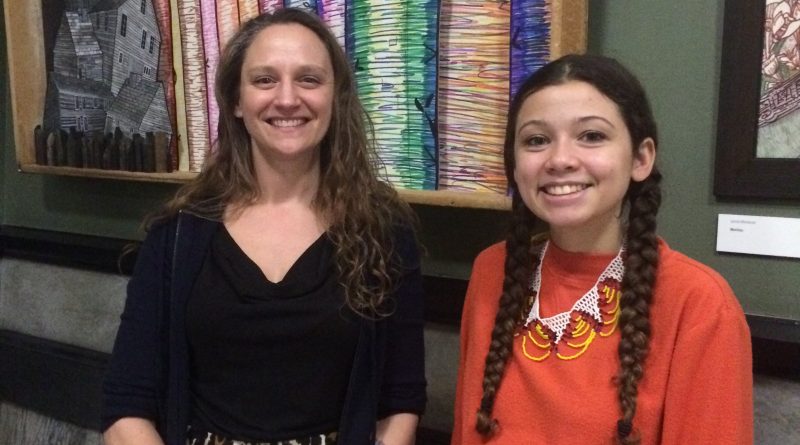 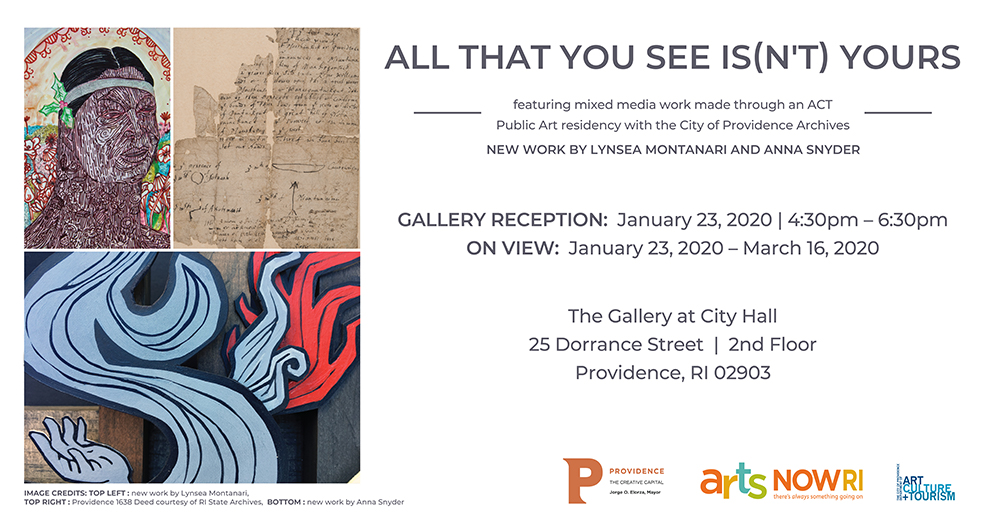 ACT and City Archives are proud to announce artists Lynsea Montanari and Anna Snyder have been awarded the residency at City Archives. This artist team will embed themselves in archival research for six months to develop new, original works in response to the prompt Colonial Providence.
Montanari and Snyder developed a proposal to showcase their research into place with new works that acted as a visual exploration of Providence’s colonial history, examined from both the Indigenous and colonial viewpoints. New artworks combined Ms. Snyder’s extensive experience as a multimedia public artist and Ms. Montanari’s work in the visual arts and on language revitalization (the study and teaching of the Narragansett language with the goal of bringing fluency to the Indigenous community). The pair used archival material from Providence City Archives as well as support from the Tomaquag Museum (https://www.tomaquagmuseum.org/).
Montanari and Snyder exhibited these new works on the third floor of City Hall from January 2020 – Summer 2020. The work appears alongside a display of the 1637 Town Charter between Roger Williams and the Narragansett Tribe.

or An Update from the Public Art Residency at City Archives

How do you create an inclusive look at colonial Rhode Island? One that includes young and old, men and women, the colonists and the local Indigenous people, the Narragansett? What does it look like when these two incredibly different cultures collide? And how do you create artwork that communicates these complexities? Our first three months working with colonial documents in the Providence City Hall Archives has been an exhilarating experience. The following post highlights just one component of our ongoing research.
Property is the overriding theme found in City Hall’s colonial documents. The cultural differences between Indigenous ideas of public or collective ownership and the English common law concept of private ownership are striking. Land, material goods, and livestock all fall under the common law category of property, and Providence’s early town records are full of border delineations, lists of goods, and a multitude of complaints about damage done by colonial livestock to both English and Native agriculture.
We have begun to develop a visual vocabulary of our research with colonial swine, in particular, representing the advance of English culture into Indigenous land. These Old World pigs, genetically distinct from today’s breeds, decimated Indigenous crops—uprooting corn, unearthing essential food stores, consuming shores full of shellfish, and imperiling community survival by “preventing men’s expectation of a comfortable livelihood by the benefit of their labours” (Third Book of the Town of Providence, pg. 13). When the Indigenous community made legal complaint about the destruction of their food, colonial courts would overwhelmingly decide in colonist’s favor. This ever-increasing tension led to the disintegration of Indigenous/colonial relationships, and ultimately to war.

Of course, colonial pigs are just one element of our work. We will continue to share our process as we work towards our final body of artwork, artwork we hope will do justice to the complicated cultural interactions that took place in what was to become the City of Providence, Rhode Island. We hope that you will join us in October for our exhibition on the third floor of City Hall from October 2019 – January 2020. 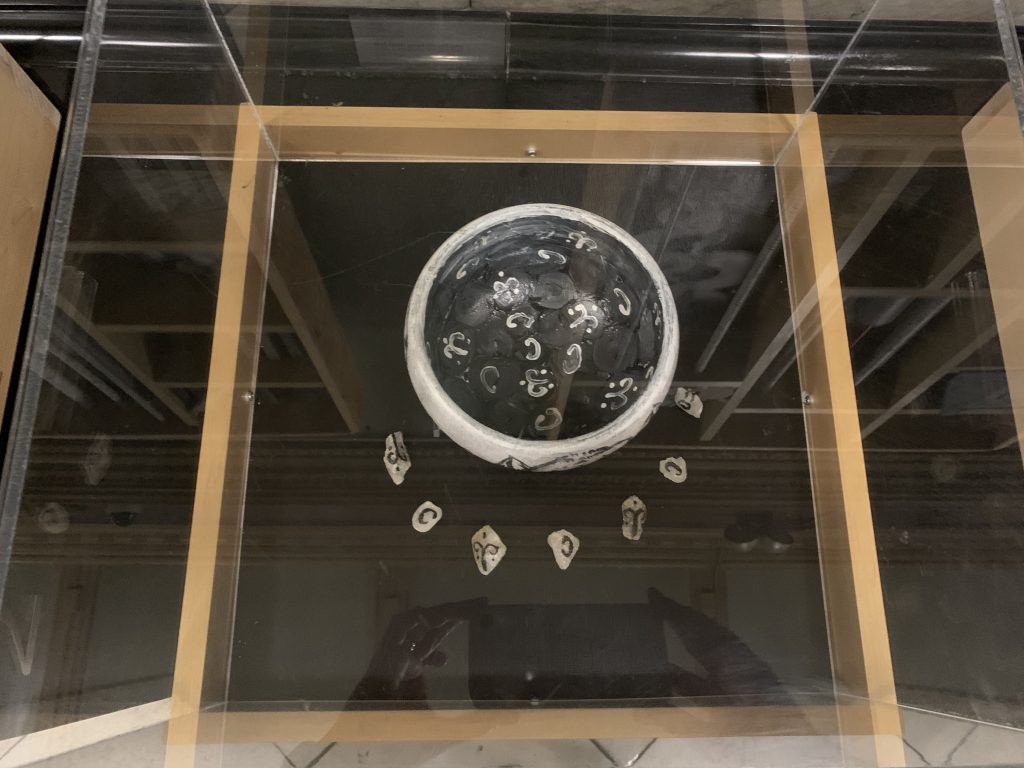 To learn more about each of the individual works in the show, and the vision behind the exhibition, see the  All That You See Is(n’t) Yours_Gallery Guide.