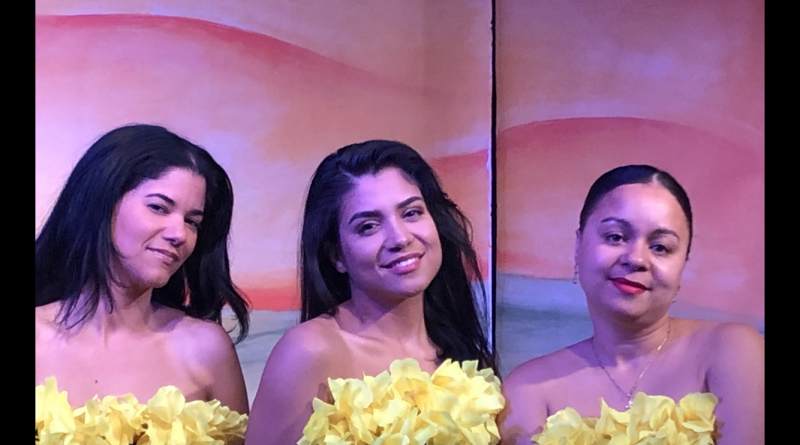 Teatro ECAS‘ is offering its new production, “Divorciadas, Evangélicas, Vegetarianas,” with English supertitles between March 28 and April 7, 2019. According to ECAS, “Many families in the Southside of Providence are multi-lingual, with younger generations more fluent in English than their Spanish native parents. Simulcast English will allow the whole family to come and enjoy the plays together!”

This hilarious comedy features three women in crisis who are at the highest point of their despair. Through telling their stories, which satirize sex, motherhood and religion, they become great friends.

In Spanish, with English Translation Supertitles

ACT Sowing Place artist facilitator Laura Brown-Lavoie is working with the Young Farmer Network of Southeastern New England to bring an incredible group of storytellers and scholars to consider the question: “Why does it matter for people who work and live on this land to know and tell its history?”

Stories of this Land

The justice and agriculture working group of the Young Farmer Network is putting together a day of storytelling at the Southside Cultural Center, focused on the history of the land we are farming.

The morning portion will be a panel of storytellers from a few perspectives— Lorèn Spears, a Narragansett educator from the Tomaquag Museum, local historian Tim Cranston, who writes in the South County Independent newspaper about his studies of history here, and Prof. Christy Clark-Pujara, author of Dark Work: The Business of Slavery in Rhode Island. The conversation will be moderated by the organizing farmers, and will focus on how these histories overlap, and how they reverberate in our daily lives on and off “the land,” and how we can actively share them.

The afternoon portion will be a workshop led by Tim and the moderators— participants will break up into small groups aimed at helping people practice telling their own land stories (familial, national, personal, ancestral), plus learning research techniques so that we can become better educators for when people visit our farms, homes, and neighborhoods.

Midway through the day will be a GF/DF potluck lunch prepared by the organizing farmers.
The event is open to the public— if you’re able to support this event financially, please consider making a donation of $1-$40. No one will be turned away for lack of funds.

Storytelling is our most ancient art— it is a sacred way for histories to be maintained and passed along. Telling the histories we hold in our bodies, and the histories held in the land, is vital to the preservation and passing along of wisdom and forms of resilience, and to healing from past trauma. Our hope is that everyone present will leave this day with a sense of themselves as history holders, and with an inner mandate to learn more about the story of their specific farms, ecosystem, homes, and families.

We are grateful to our sponsors and collaborators for helping to bring this event into reality –
= the City of Providence Department of Art, Culture + Tourism
= a Local Agriculture and Seafood Act (LASA) Grant, made possible through RI state funding and generous contributions from the Van Beuren Charitable Foundation, Henry P. Kendall Foundation, and Rhode Island Foundation, with matching funds from the State of Rhode Island
= the Southside Cultural Center of Rhode Island 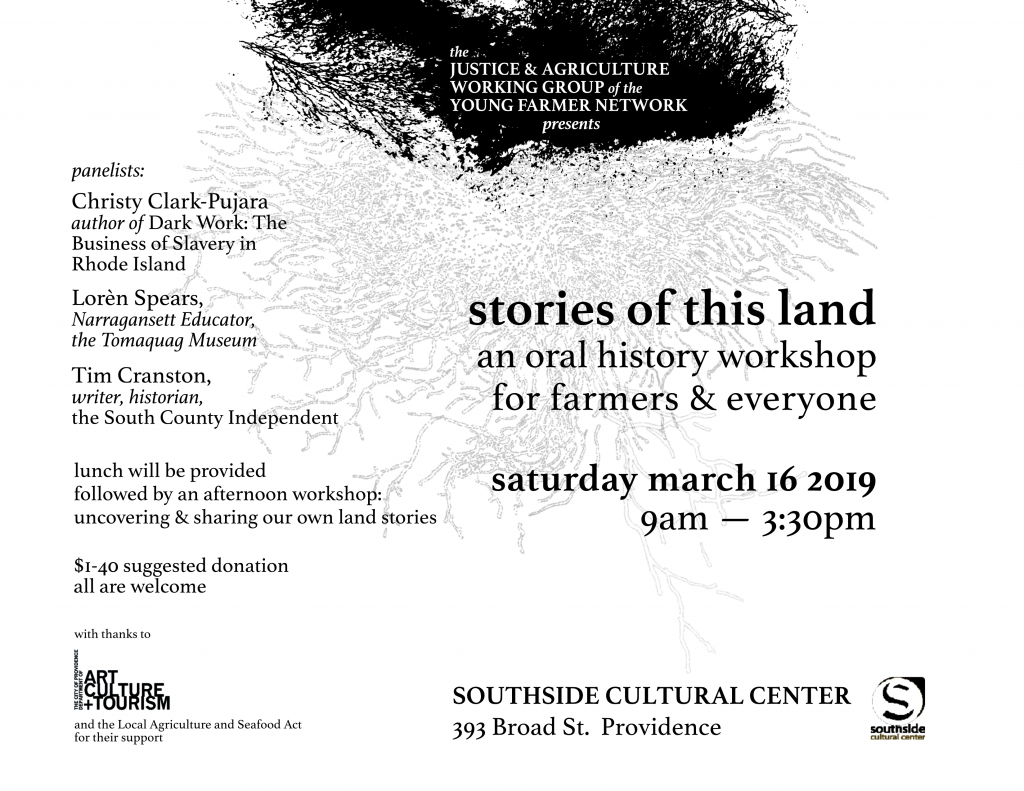 In Partnership with RI Haitian Community Center/HAPPARI , Hope and Change For Haiti is hosting an event to bring the rhythms of traditional Haitian music to Rhode Island. This event, supported in part by ACT, is a one day workshop about Haitian Drum teaching to benefit the Rhode Island community. Haitian Master Drummer Leon Mackendie from Jean Appolon Expressions (in Cambridge MA) is the facilitator of this workshop.

This event will be an opportunity to teach the youth in the Haitian community and other communities about the fundamentals, rituals, and history of the Haitian drums. Considered as a sacred musical instrument in the Haitian culture, drums sounds have played a significant role in the slaves’ strategic battle to defeat the great Napoleon’s army of France to set Haiti as the first Black Country independent in the world in January 1st, 1804. While this workshop is designed to welcome participants that have no prior drums skills, it also suitable to advanced drummers. As a trainer, Mr. Mackendie will cover a variety of drumming techniques, patterns, and sounds genres with the participants so they can learn to drum.

It is a free event, but you are required to register upfront. Click HERE to register.

Presented by The Providence Center for Media Culture, the non-profit arm of the Cable Car Cinema.

The Fourth Art and Design Film Festival will be moving to the Columbus Theater in the West End of Providence with a second weekend of screenings in Newport and Jamestown.

TICKETS: Regular admission is $10 per screening time, students and seniors $9.

PASSES: A pass for the festival does not guarantee a seat. Passes must be redeemed for tickets at screening locations. 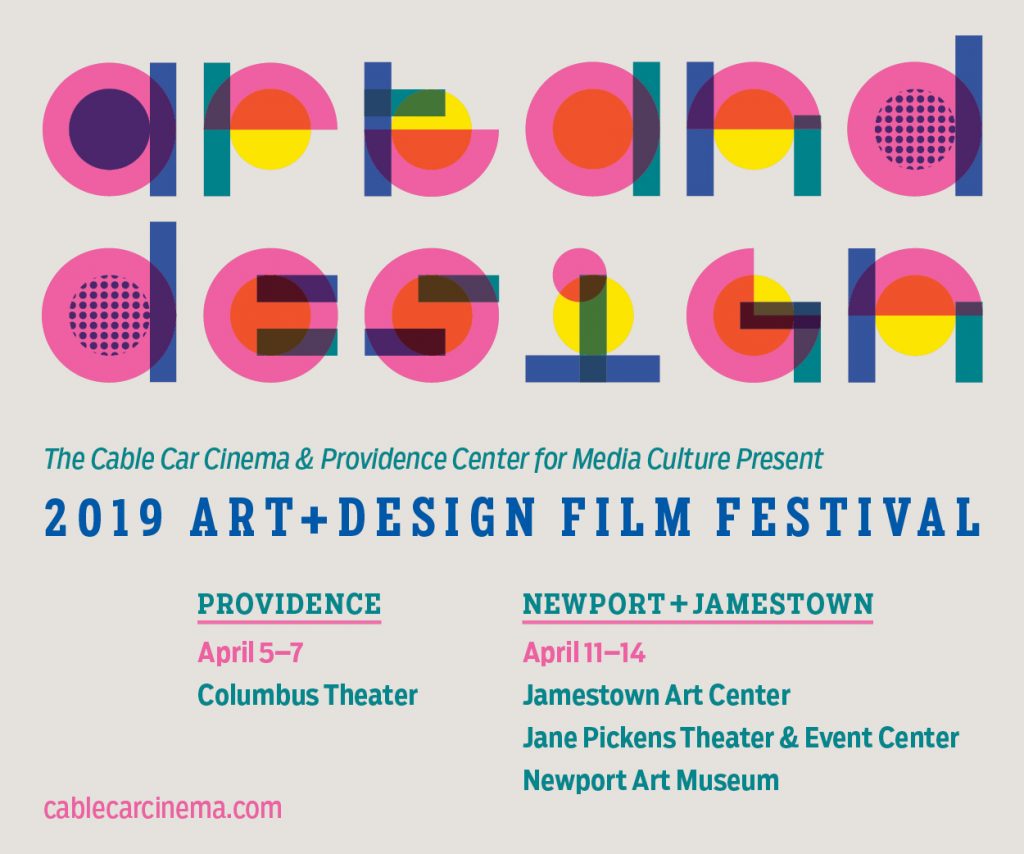 Come learn about the recent Request for Information and share your input for next steps. 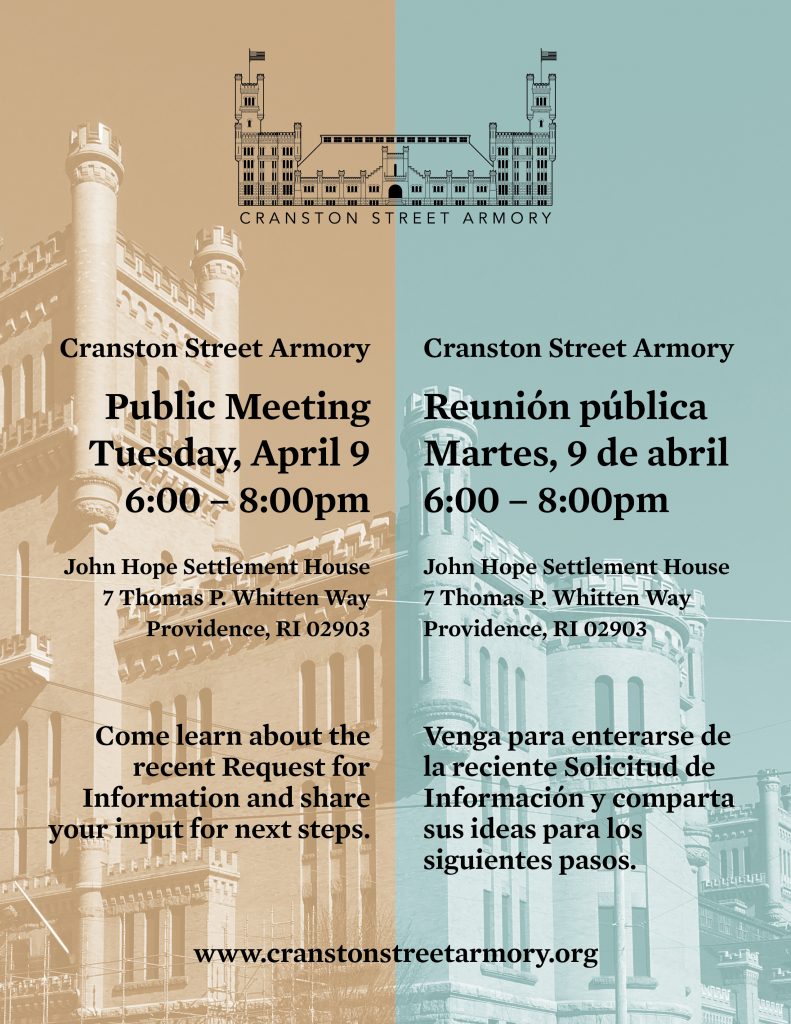