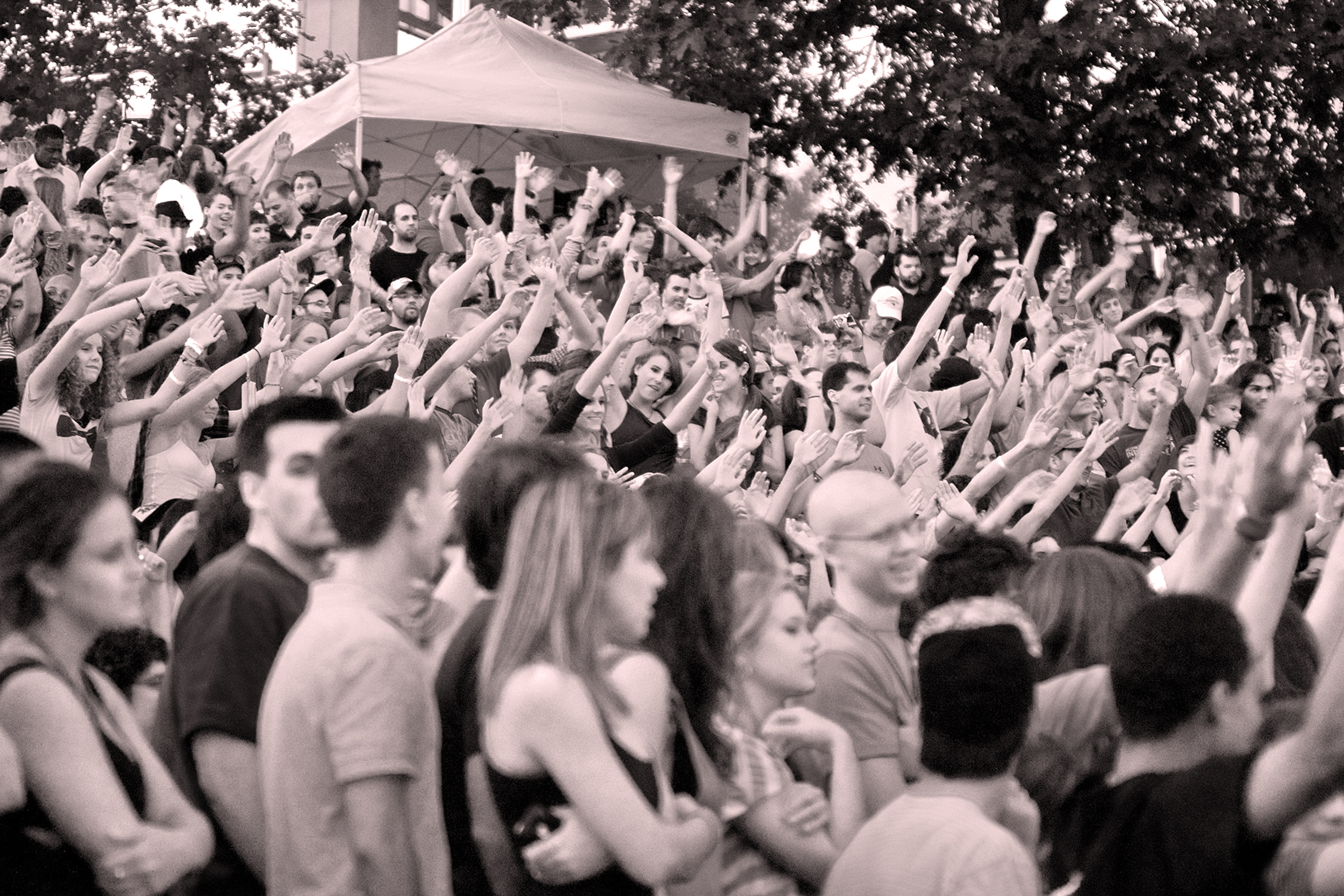 Mayor Jorge O. Elorza, the Department of Art, Culture + Tourism and 95.5 WBRU were pleased to present the 2017 Friday Night Concert Series at Waterplace Park. All performances were free and open to the public and began at 7pm.

In the summer of 2017 the City teamed up with 95.5 WBRU to bring some of the nation’s best rising talent to the Waterplace stage. The series featured emerging alternative rock bands paired with regional rising stars. Eight dynamic acts entertained residents and visitors in one of the city’s most breathtaking parks on July 21st, July 28th, August 4th, and August 11th.

Forth Worth indie rockers The Unlikely Candidates kicked-off the series at Waterplace Park.  Formed in 2008, the band is comprised of Kyle Morris (vocals), Cole Male (guitar), Kevin Goddard (drums), Brenton Carney (lead guitar), and Jared Hornbeek (bass). Their single “Follow My Feet” has charted on Billboard triple A at number 6 and spent 20 weeks on the Billboard Charts. The song also charted at #35 on the Billboard Alternative Songs chart. “Follow My Feet” also peaked at #3 on the Heatseeker Charts. Cannibal Ramblers opened the show.

Brooklyn’s Dreamers brought their unique brand of ‘70s punk meets power pop to the Waterplace stage.  Nick Wold (vocals, guitar), Chris Bagamery (drums, backup vocals), and Nelson (bass, backup vocals) introduced the Dreamers to listeners in November 2014 with their self-released, self-titled debut EP. Their colorful, passionate music tugged at heartstrings and made tastemakers dance, earning them praise Billboard, Spin, Alternative Press, Vice NOISEY, Guitar World, and generating a major buzz in the blogosphere among HypeM heavy hitters like The Wild Honey Pie, Earmilk, and Baeble. The band has already shared the stage with such notable artists as The Vaccines, The 1975, Bear Hands, Walk The Moon, Stone Temple Pilots, Oberhofer, and Broncho.  The Beardogz opened the show.

Philadelphia electronic pop duo Marian Hill took the stage at Waterplace on August 4th .  Comprised of Jeremy Lloyd (production/songwriting) and Samantha Gongol (vocals/songwriting), the pair’s roots can be traced back as far as a middle school talent show during which Lloyd – the son of a conductor and an opera singer – heard Gongol sing for the first time. Many moons later, after Lloyd studied music composition and Gongol cut her teeth in New York as a songwriter, the pair reunited in the former’s bedroom studio. Citing influences ranging from Cole Porter and Ella Fitzgerald, to Kanye and Drake, Marian Hill fuses disparate sources into a compound sound. The band is joined live by bassist and saxophonist Steve Davit. Call Security opened the show.

The series closed out with California punkers SWMRS.  Formed in 2004 as Drive North by Cole Becker and Joey Armstrong after watching the film “School of Rock,” the Oakland-based band was soon joined by Cole’s brother Max Becker. Drawing on a mix of influences ranging from the Beach Boys to the Ramones, Drive North released a demo and a string of EPs between 2008 and 2010 before issuing its first full-length, Don’t Be a D**k, on June 14, 2011, and its follow-up Lost at Seventeen, on June 11, 2013. Its third studio album, the first under the name SWMRS, as well as the first featuring Sebastian Mueller on bass, was released February 12, 2016 by Uncool Records. Drive North’s albums were later re-released and remastered on October 13, 2016. Neutral Nation opened the the show.

Each event we produce requires a tremendous amount of support from our partners and sponsors, without them these amazing events could not happen. Thank you for everything you do!