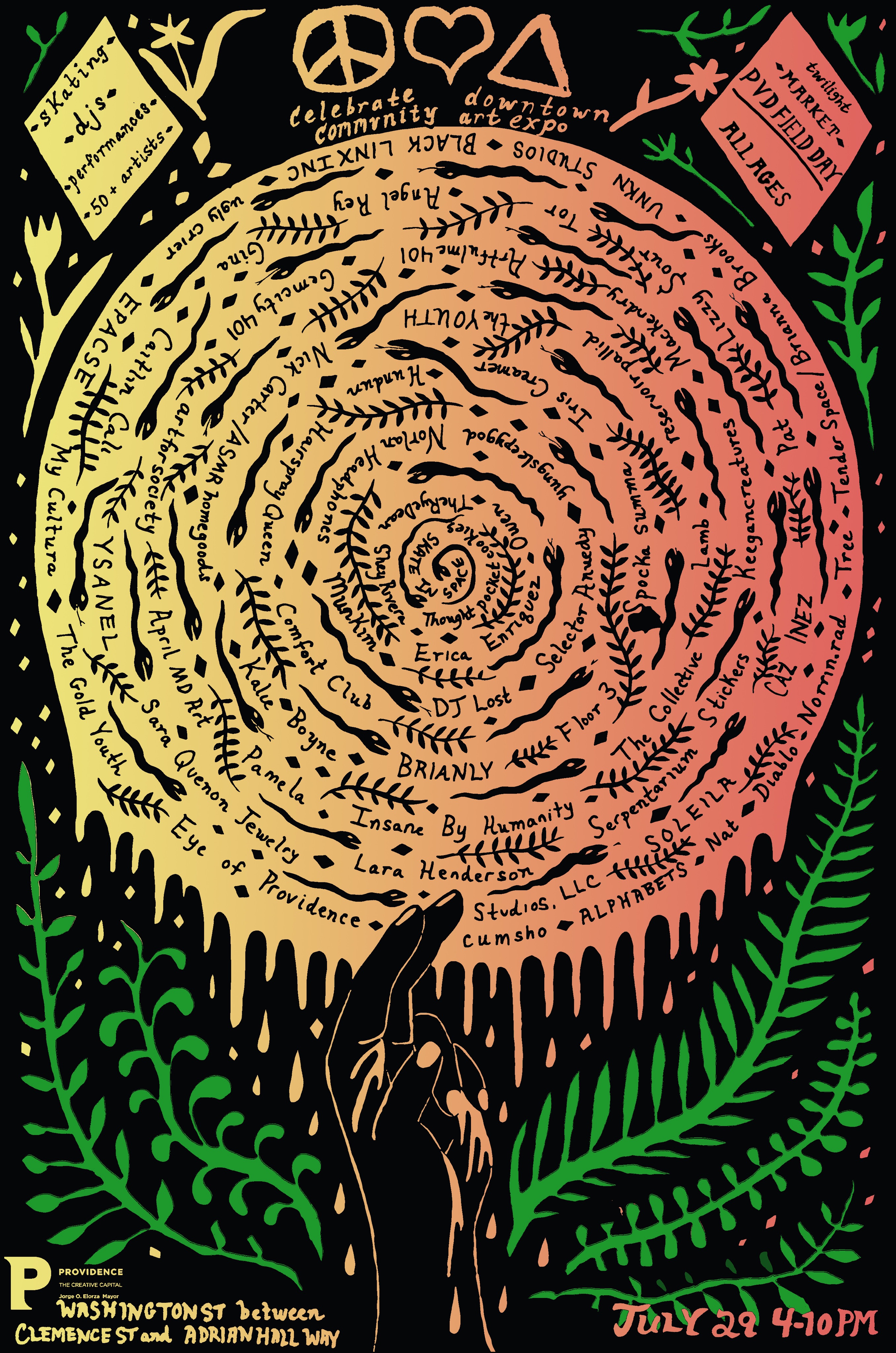 Mayor Jorge O. Elorza and the Department of Art, Culture + Tourism (AC+T) hosted the City’s inaugural Celebrate Downtown programming which took place in the Washington Street Cultural Corridor. As part of PVD Field Day and Twilight Market, a collaboration by AC+T and curators Paris Paris and The Collective, a three block stretch of the Washington Street Cultural Corridor between Aborn Street and Clemence Street erupted with art vendors and installations, DJ and emcee performances, and a pop-up skate park. Celebrate Downtown: PVD Field Day and Twilight Market took place from 4:00PM to 10:00PM on Saturday, July 29, 2017 and was free and open to the public.

“The Washington Street Cultural Corridor is in the heart of our downtown and full of creative potential,” said Mayor Jorge O. Elorza. “Celebrate Downtown builds on the successes of PVDFest by showcasing our artist communities. We look forward to continue programming Washington Street and bringing one of our busiest streets to life through the arts.”

“AC+T was at the forefront of supporting what are now state-wide incentives for artists in the downcity arts district,” according to Stephanie Fortunato, Director of the Department of Art, Culture + Tourism. “With events like PVDFest and Celebrate Downtown, we maintain our commitment to cultivating Providence’s creative workforce by enhancing economic opportunities around the Washington Street Cultural Corridor.”

This inaugural Celebrate Downtown event on Washington Street focused on the work of emerging artists, many working with AC+T for the first time. Field Day curator Paris Paris added, “I feel like there are so many talented young artists in this city that are just beneath the radar. This is an opportunity for them to share their work with new audiences and learn from each other.”

Adding skateboarding into the cultural mix is another way the first Celebrate Downtown on Washington Street event built on the successes of one-off programs at events like PVDFest, where The Collective’s Kenric “Kenny” Swenorge built out an expanded pop-up skate park in Adrian Hall Way.

“Being a skateboarder local to Providence, Field Day’s inclusion of the skateboard community is a huge deal,” said Kenric “Kenny” Swenorge. “Providence skateboarding is an ever growing scene and to continue to build with the support from the city means a lot.”

In addition to the skate and arts elements, Field Day also featured performers and DJs throughout the afternoon and early evening.

Celebrate Downtown was conceived of by Mayor Jorge O. Elorza to activate Washington Street throughout the coming months, and to help AC+T develop new ways to partner with, and support the career-development of, individual artists. More information about the initiative and upcoming exciting events in Providence can be found on artculturetourism.com and on AC+T ‘s Facebook https://www.facebook.com/provact, as well as Instagram at @providenceact.