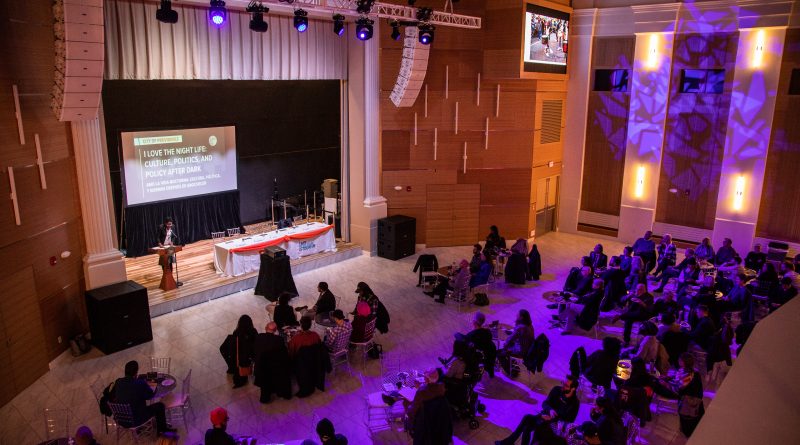 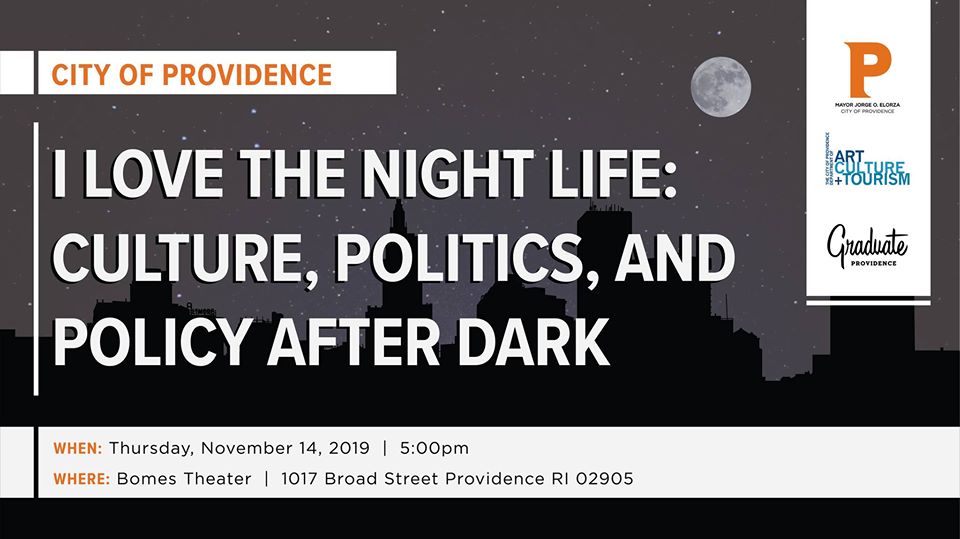 I Love The Night Life: Culture, Politics, and Policy After Dark 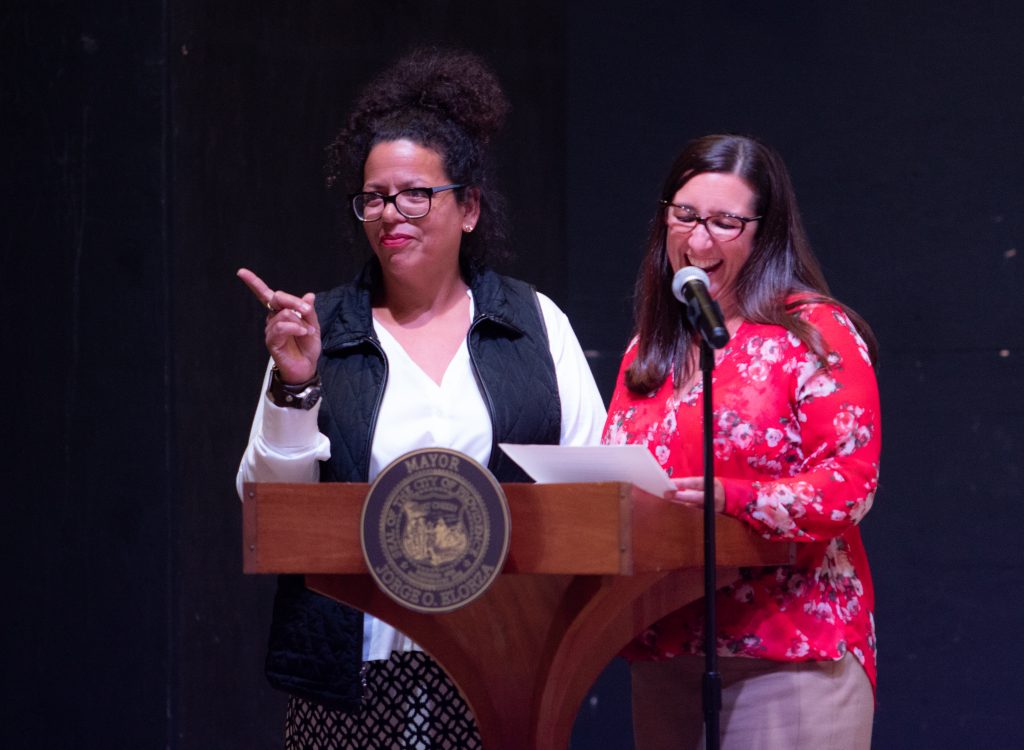 Providence has a flourishing night life and many musicians call the city home, but there are many ways the live music economy can be improved. Dr. Shain Shapiro of Sound Diplomacy will discuss his work with local governments across the globe with Providence’s night life entrepreneurs, advocates, and artists. 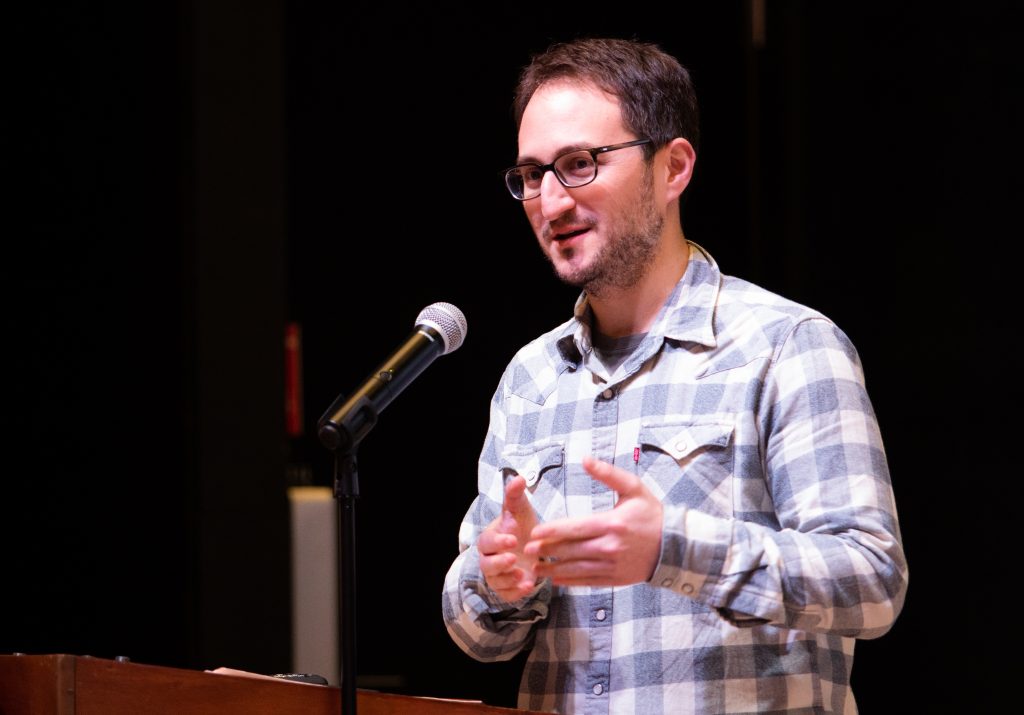 Shain Shapiro, PhD is the Founder and CEO of Sound Diplomacy. Sound Diplomacy is the leading global advisor on growing music and night time economies in cities and places. He is also the co-founder of Music Cities Convention, the world’s largest event bringing together the music industry with city planners, developers, policy makers and executives. Through Sound Diplomacy, he has consulted in over 60 cities and countries, including developing the Cuban official music strategy for the United Nations Industrial Development Organisation. He delivered the first ever music presentation at a UN World Urban Forum and consulted at length with the Greater London Authority, including working on the development of London’s Night Czar and across the Mayor of London’s music policy. He has delivered a TEDx talk on the value of music to cities and spoken at the European Parliament, MIDEM, MIPIM, SXSW, Smart Cities Expo, and others. He is also an accomplished journalist, frequently contributing to CityMetric, CityLab and others. Shain holds a PhD from the University of London and was one of the top 10 Creative Entrepreneurs in Britain in the British Council’s h100 list. 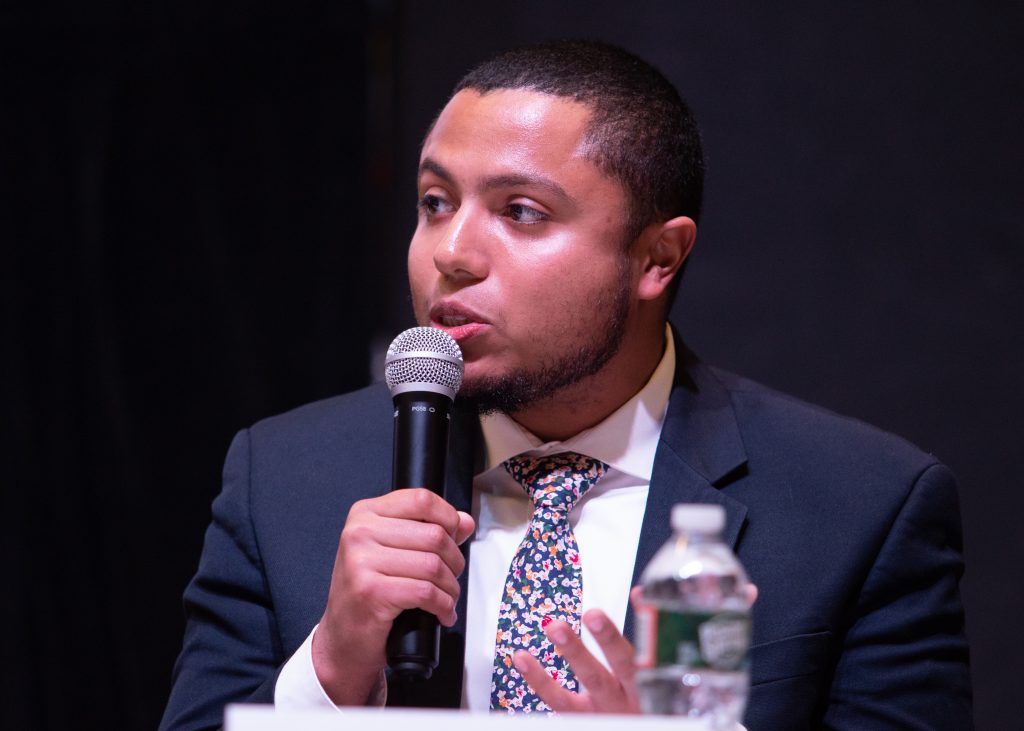 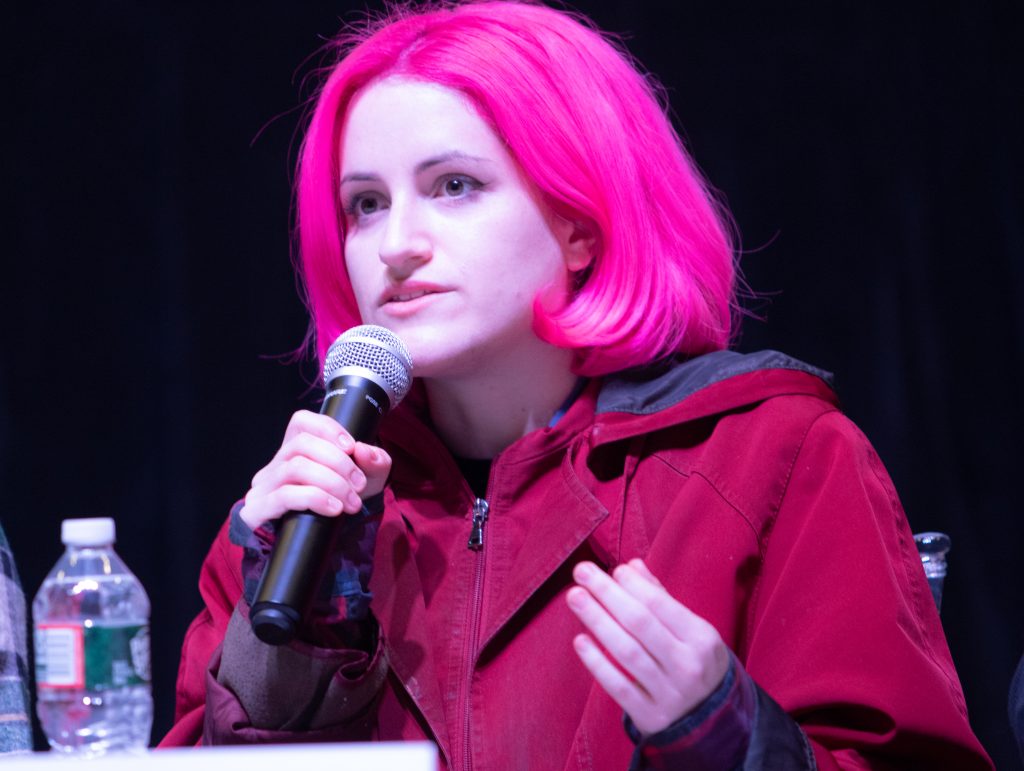 Roz Raskin is a writer, musician, community organizer, and teacher based in her hometown of Providence, Rhode Island.  She currently serves as a board member and keyboard instructor for Girls Rock! Rhode Island, a non-profit organization that empowers youth through music and creativity.  Roz toured for over ten years with her critically acclaimed art rock band, Roz and the Rice Cakes (Team Love Records), and can more recently be seen touring in her cosmic pop project, NOVA ONE (Community Records).  Roz also curates safer musicians show spaces under the name SELF LUV and teaches songwriting and piano locally. 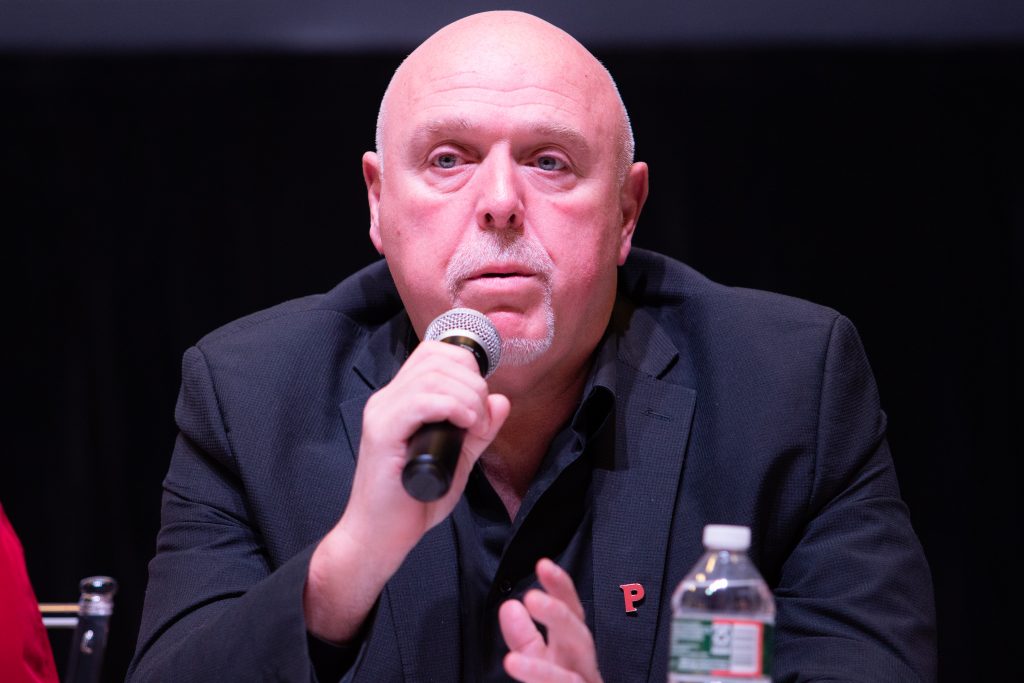 Anthony Santurri has spent 30 years in the nighttime economy industry as an employee and owner. He is co-owner Colosseum Nightclub Providence, a Pine Street venue celebrating its 10th anniversary, and Freeplay Bar Arcade Providence. Founder of the Providence Responsible nightlife organization, an organization established in 2011, Santurri sits on the Boards of Directors of both the Jewelry District Association and the Downtown Neighborhood Association. He has also served as a  working member of the RI Traffic Safety Coalition. 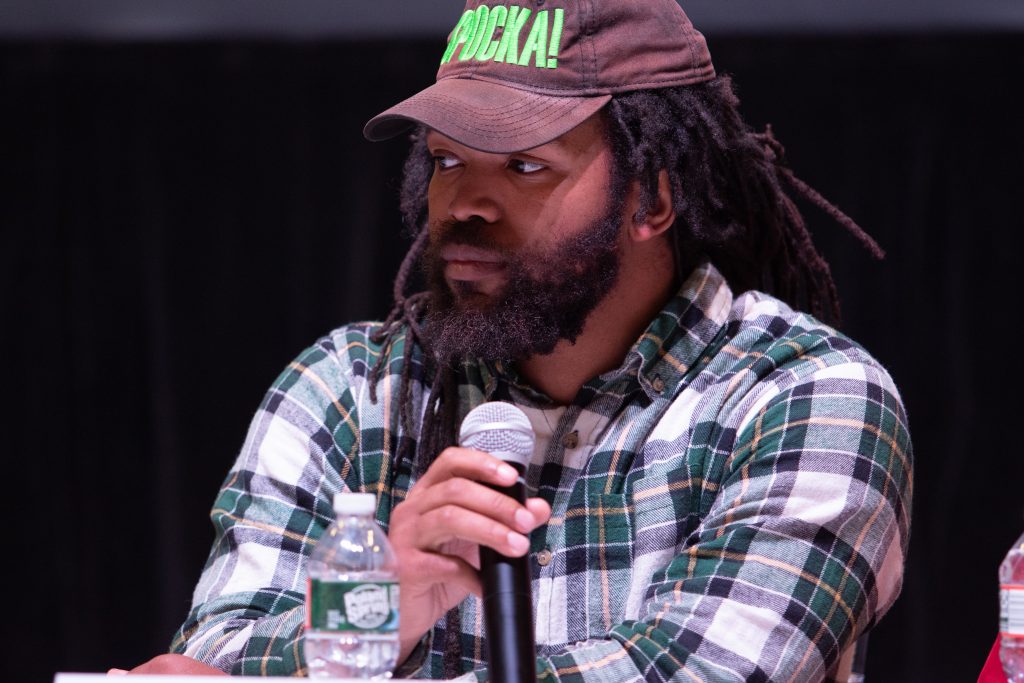 Spocka Summa is an emerging creative director, curator , musician and visual artists. based out of Providence RI. Focusing his craft on providing opportunities to bring artists and the community together. Building platforms that encourage artists to engage with their audience in a more tangible way beyond their social media platforms. He has curated for Rhode Island namesake gathering known as PVD festival  from 2017-now. Currently he is also the co- owner of Public Shop and gallery located in Olneyville & curator of several showcases and markets for up and coming artists around New England. 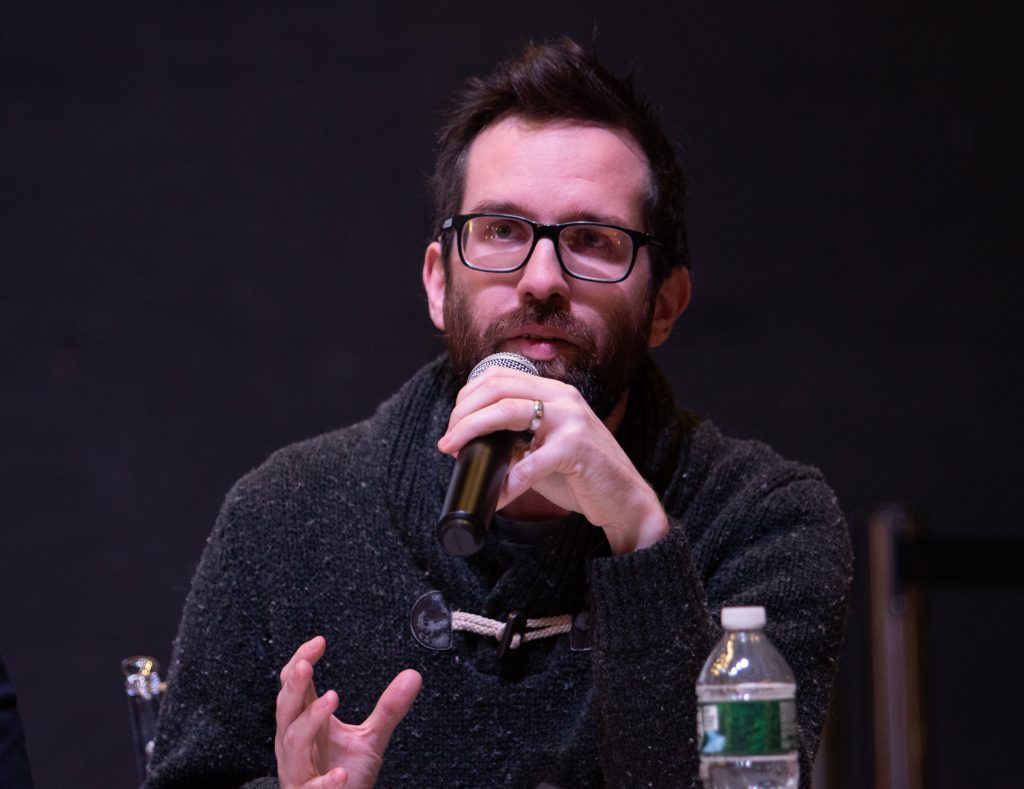 Tom Weyman is the Director of Programming at the Columbus Theatre in Providence, RI. He has worked to bring music, comedy, spoken word and film to the historic opera house since it re-opened in 2012. Weyman co-produced the One Providence Experience events at PVDFest in 2015 and 2016, and in 2008 started Supply & Demand Music, a record label and management company based in RI.

The City of Providence and its partners host the annual Senator Claiborne Pell Lecture on Arts and Humanities to honor the late Claiborne Pell (1918-2009), who represented the State of Rhode Island in the United States Senate from 1961-1997. Senator Pell was a lead sponsor of the “Basic Educational Opportunity Grants” program in 1973, renamed Pell Grants in 1980; these grants have been critical mechanisms for providing financial aid to college students in the United States. Senator Pell also played a pivotal role in the founding of the National Endowments for the Arts and Humanities.

Established in 2009, the Pell Lecture seeds critical conversations that build from Senator Pell’s vision for our nation, inviting Providence to come together, celebrate and share its communal histories of art, culture, and creativity. Topics have spotlighted key aspects of the six community-wide goals outlined in Creative Providence: A Cultural Plan for the Creative Sector. Past guest speakers have included Nina Sanchez, Carlton Turner, David Byrne, Donna Walker Kuhne, Maria Rosario-Jackson, Jason Schupbach, Arlene Goldbard, and Jeffreen Hayes. For more on the history of the Pell Lecture see our first blog post on the event here.