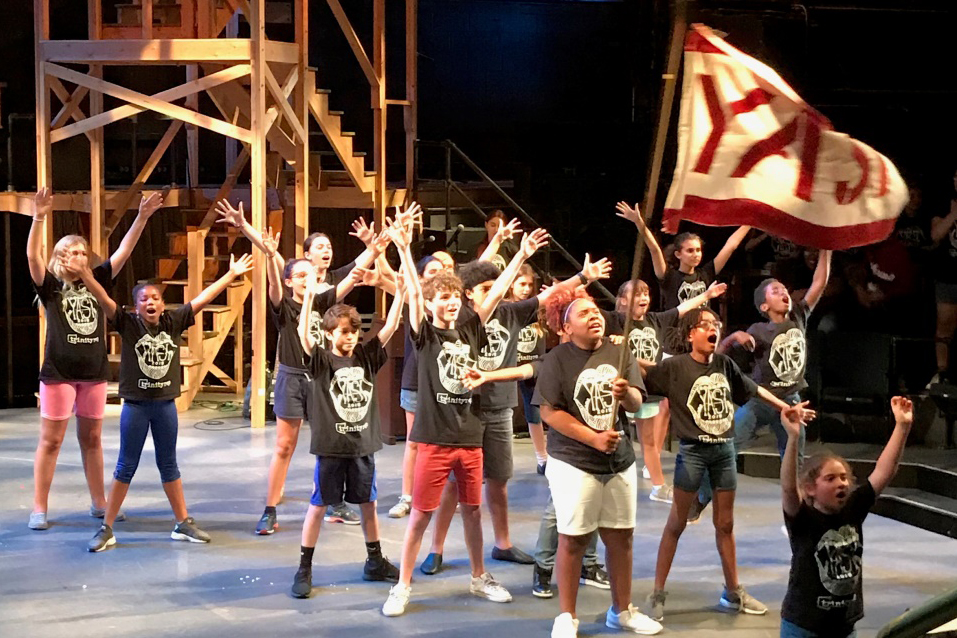 Another school year is on the horizon for us, a little less than two weeks away!  Summer moved fast but the students kept pace, attending and participating in a fury of arts performances.

Gilbert Stuart, Delsesto and Roger Williams Middle School students took a trip to Newport for the annual “Newport Folks Festival” held this past July.  Armed with ukuleles purchased by Turnaround Arts, the students joined artist mentor Valerie June on-stage for a performance they will not forget anytime soon.

DelSesto Middle School will implement “Beat The Odds” this Fall to transform lives through creative expression by integrating the innate benefits of the arts with mental health practices for self-discovery, connection, and empowerment.